DefenseUSA
Last updated Jan 12, 2018
Share
(Reprinted from the East-West Center Wire News Service)
HONOLULU (Dec. 5, 2017) — While the so-called Islamic State may have lost the vast majority of its occupied territory in recent months, don’t expect the extremist group to disappear anytime soon, a panel of distinguished international journalists said recently at the East-West Center in Honolulu.

And as the recent occupation of the southern Philippines city of Marawi by ISIS-allied extremists showed, Southeast Asia is a region the group has set its sights on.

Graeme Wood, national correspondent for TheAtlantic and author of the acclaimed book The Way of the Strangers: Encounters with the Islamic State, said that an Australian ISIS supporter he interviewed once told him there is a saying of the prophet “that if the caliph is able to implement law on one street in one village, then the caliphate lives; that’s enough. So I think what the hard-core ideological types are thinking as ISIS loses territory is, ‘Well, we’ve still got a street somewhere.’ They look at their project as being sort of like one of those trick birthday candles where you blow it out, but there’s a spark in there somewhere, and it flares right back up.”

Wood was joined by Filipino columnist John Nery and Pakistani journalist Aneela Khalid in the Oct. 5 panel on the spread of ISIS in Asia, one of a series of events commemorating 50 years of East-West Center international journalists’ exchange programs. (View video of the panel discussion.) The three journalists, along with the panel’s moderator, Hawai‘i Public Radio News Director Bill Dorman, are all alumni of EWC media programs. 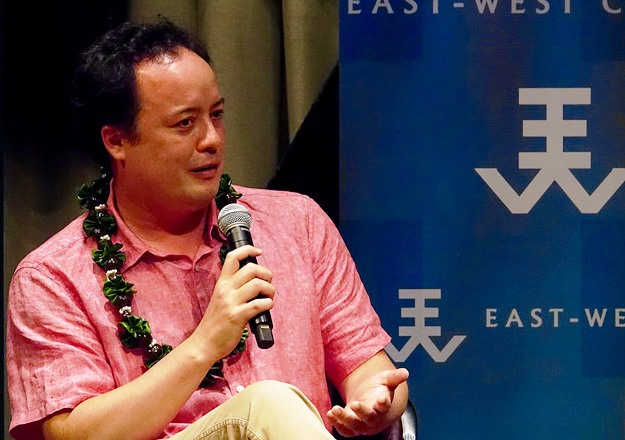 In Asia, as elsewhere, ISIS looks for places with substantial Muslim populations where there is a lack of confidence in the government’s ability to provide services, Wood said. “They look for places where there is a sense that the government is predatory, incompetent, squabbling among different political groups. And they say, ‘We will wipe that slate clean,’ which gives people who have no sympathy for their ideology a reason to buy into the ISIS project, thinking, ‘They’re on my side.’ But once they have control, they implement an ideological program that is very unpopular.”

Despite the extensive cultural differences between varied parts of the world where ISIS has operated, Wood said its followers are remarkably uniform in their ideology. “One of the creepiest things I’ve found in interviewing ISIS supporters,” he said, “is that I could go to Melbourne, Tokyo, India; despite how far apart they were, it seemed like they were speaking with the same voice.”

However, the group uses different tactics depending on local conditions, he said. For example, “there’s  no expectation that Australia will become the next province of the Islamic State, so there is an emphasis there of getting followers out to ISIS territory elsewhere.  But in the southern Philippines, it’s a different story. That’s a place of congregation for ISIS followers, so there’s an emphasis on trying to take over territory and keep it.” 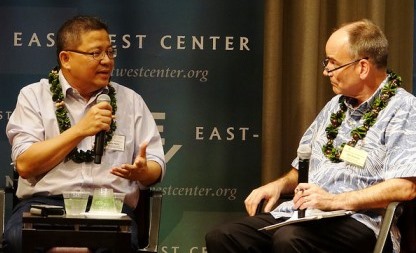 Nery, who is an associate editor and a political columnist with the Philippine Daily Inquirer, said the Marawi siege has “forced the government to accept that ISIS is present in the Philippines and able to recruit.” Even though the militants were eventually driven out of the Muslim-majority city by an intensive Duterte government bombing campaign, Nery said, the siege had been “very effective in serving as a symbol of what a group like ISIS can do in the Philippines.”

Nery expressed concern that the heavy bombing, which left large portions of the city in ruins, had done more harm than good in the long-term fight against extremism. “I share the view of many, including some 400,000 evacuees from Marawi, that the airstrikes were wrong,” he said.

Wood agreed that in Marawi, as well as “almost everywhere that territory has been taken back from ISIS, there is no trust in the forces that have come in to take its place. And that does not bode well for the future.”

But despite its gains in Asia, he said, it remains unlikely that the group would be able to relocate the bulk of its fighters and leadership that far away from its origins in Syria and Iraq: “Long-term ISIS supporters still tend to be from the anti-American resistance around the Iraq war, so the real vets haven’t operated elsewhere. Could you move all the command and control operations to another place? It would require a kind of brain transplant operation that ISIS has not even attempted so far.” 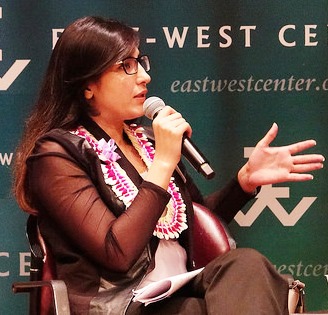 Khalid, one of only a few female Pashtun journalists who has reported from Pakistan’s troubled tribal areas, drew a sharp distinction between Taliban groups and the increasing influence of ISIS in Afghanistan and, to a lesser degree, among some youth in Pakistan. “The Taliban agenda is very local,” she said. “They want to fight against the presence of foreigners in their area and to implement Sharia law in their place. But ISIS wants to rule all Muslims.”

Khalid said that the vast majority of her fellow Muslims, who have suffered more than anyone from terrorism worldwide, “don’t want that kind of caliphate, or whatever it is. We want to live in peace like any other people in the world, and not to have ISIS or any other terror group rule over us.”

Dureza: Create a strong sense of ownership among communities

Filipinos in Nairobi advised to avoid Westlands after terror attack

DND to keep an eye on investors keen on Hanjin

Can parents be held accountable instead for their…